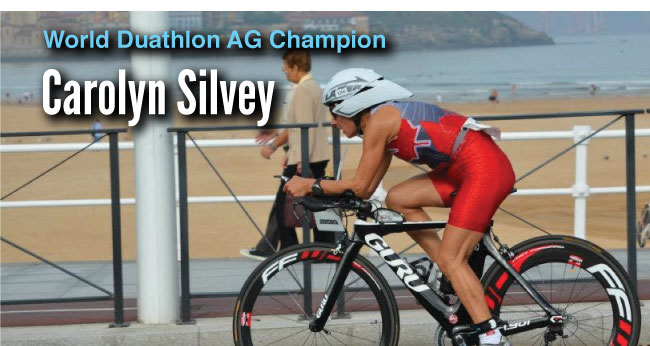 Carolyn Silvey from Toronto, ON competes in about 10-12 races each year ranging from 5Ks to half marathons to duathlons and triathlons. She is a constant top finisher in all her races. She is a two time World Duathlon AG champion, two time World Duathlon AG silver medalist, Canadian AG record holder for the 10 miler (1:07:57 time), and a Canadian Ranked Masters Runner with a marathon best of 2:58. She was also named Triathlon Canada's 2011 Duathlon Female Age Group (40-59) Athlete of the Year.

Carolyn decided to try Lurosil and she reports the results to be very good. She says that Lurosil has helped a lot with her aches and stiffness and that she wakes up feeling fresher in the morning.* The reduction in aches has allowed her to keep up with her training with less discomfort.*